Windows 10, should I upgrade?

A few things to consider before you do…

If you own a computer with windows then you probably have noticed an icon that asks if you want to reserve your free copy today. Microsoft states that it will be giving the new windows software away for FREE for one year. Why would Microsoft do that? What’s the catch? Will it work on my computer? There’s been a lot of speculation, but Microsoft has commented on what it plans to do and why.

What’s the catch? Windows 10 will be free for the first year to get people to switch over and reduce the cost of customer support on one operating system instead of three. There has been a rumor that they will start charging yearly for windows like they’ve done with Office 365 (refer to this article). This isn’t the case and they even say that once you have it installed on the device they will support it for the life of the device. I would suspect that their other products will begin yearly subscription fees like they did with Office 365.

Will it work on my computer? The requirements for Windows 10 are: 2GB of RAM, 20 GB of hard drive space, and a 1.0 processor(for 64 bit versions, which most people have now). This basically means that if you have windows 7 or 8 you are probably all set with it, but if you have XP or Vista you might have to get a new(er) computer to install Windows 10. 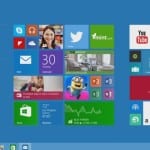 For those of you that despise Windows 8, this is a hybrid between Windows 7 and 8. It gives you the functionality that we all love of Windows 7 with the start menu, control panel, the ability to work from the desktop, and much more. It still has somewhat of a tablet feel to it, but Microsoft is trying to make the experience the same whether you have a PC, tablet, or phone.

Should I install Windows 10? The Geek’s vote: Yes….just not right away. It was released Wednesday, July 29th. Like anything that’s new there are bound to be kinks to work out and if you install it right away you become their guinea pig. Give it 3-6 months and let others get frustrated while Microsoft is working out the bugs.

The People’s Geek began with one thing in mind… Have fun, be honest, and give customers the best bang for their buck possible! We strive to be sure you will never want to get your IT services anywhere else. Located in Portland Maine, we are a local computer repair shop that is intent on outperforming the big box computer repair giants.